Summary: Eating a right  amount of salmon is always good for everyone

Like walnuts and flaxseeds, salmon contains a very high content of omega-3 fatty acids, which can help reduce the risk of cardiovascular disease. Women who ate omega-3-rich fish twice per week significantly lowered their chances of heart failure later in life . Eating just 3 oz of salmon twice per week can increase levels of HDL (the good cholesterol), compounds important in maintaining a healthy 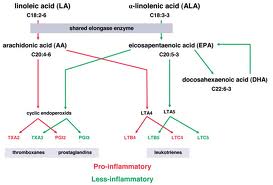 circulatory system. But this fish may help more than just the heart. Salmon (along with a host of other foods) has also been credited with aiding in sun protection. Research suggests one of the omega-3s in salmon may help protect against UV-induced skin damage. This doesn’t mean, however, it’s necessarily a good idea to substitute salmon for sunscreen anytime soon. And for a boost of brainpower, another omega-3 fat found in salmon— DHA— has been linked to improved cognitive function, specifically in middle-age. People with higher levels of DHA scored better on tests involving nonverbal reasoning and mental flexibility. Both brain and heart are covered with this fish ACTION PLAN eating Salmon Salmon is rich in many forms of omega-3 fatty acids, but it also packs a whole lot of protein— 17 grams per 3 ounce serving. But before going belly-up to the fish counter, there are some seaworthy warnings. Although salmon has lower mercury levels than many other sea-dwellers, it can still be risky for certain groups of people. Pregnant women, nursing mothers, and young children should avoid eating more than 12 oz of fish and shellfish per week and should opt only for fish lower in mercury, like canned tuna, catfish, or salmon. Farmed raised salmon is also reported to have a higher toxicity level than the wild variety, so opt for caught over grown when available. For the sushi and tartare lovers of the world, there are some important food safety tips to keep in mind. When eating the raw stuff at home, make sure to purchase previously frozen seafood— the cold temperatures will kill most, though not necessarily all, harmful microorganisms. Prefer dinner fully cooked? Salmon can also be prepared with virtually any cooking method and also pairs well with a range of flavors, from the sweetness of brown sugar to strong, savory flavors like garlic and lemon.

God has given us this precious life after passing through so many lives. We should live it to the fullest. Good life and health are so intertwined that it becomes very essential to keep GOOD HEALTH. Keeping good health is achievable through a package of life style,eating habits and proper exercise etc. The true facts of life through experience gained via education and lifelong learning are used for delivering education all over the globe.The author has taught Chemistry at various institutions and holds a Ph.D degree. Freelance writing,helping others,volunteering give me real happiness.