Energy drinks are as fatal as cigarettes 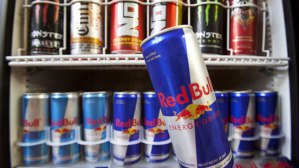 Last April, New Brunswick, Canada introduced a private member’s bill that would require anyone who sells the highly-caffeinated drinks to warn the buyer about how dangerous they can be by posting a sign, much like the ones used for cigarette smoking. Fraser said the next step might be prohibiting sale to those under 18. As of late last year, Health Canada had received 86 reports of adverse reactions to energy drinks. Meanwhile, the Food and Drug Administration in the United States was investigating reports of 13 deaths possibly linked to so-called “energy shots.” In January, a government survey in the United States suggested the number of people seeking emergency treatment after consuming energy drinks had doubled during the previous four years, the same period in which the supercharged drink industry had surged in popularity. The government estimated the number of emergency room visits related to the drinks had jumped to 20,000 from 10,000 between 2007 and 2011. Most of those cases involved teens or young adults, according to the survey of the nation’s hospitals, released by the Substance Abuse and Mental Health Services Administration. The report did not specify which symptoms brought people to the emergency room, but called energy drink consumption a “rising public health problem” that can cause insomnia, nervousness, headache, fast heartbeat and seizures that are severe enough to require emergency care.

← Benefits of being pregnant
Treat heart health with berries →